What is a Good Free Antivirus to Install on my Computer

With malware threats growing at an unprecedented rate and stories of data breaches and major ransomware attacks making headlines daily, it is more important than ever to ensure your PC is secure. But how can you do that? You know you should install an antivirus, but which one? Which features do you need? Which ones can you do without? What is a good free antivirus for Windows 7? What about for Windows 10 or Windows 8.1? What about Macs?

The main features of a good, free antivirus remain consistent regardless of which operating system you use. Here are the features you need to look for: 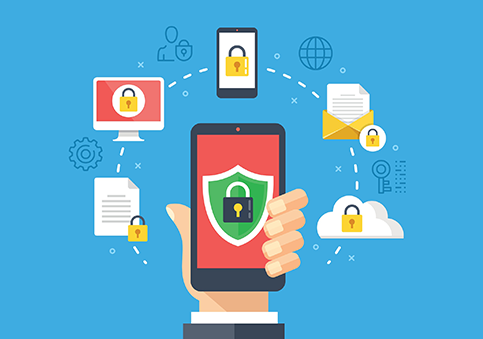 Prevention rather than detection focus

To determine what is a good free antivirus for your computer, you need to ask “What would happen if my antivirus failed?”

While many antiviruses boast 99+ percent detection rates, unless your antivirus can stop 100 percent of malware, there is a good chance that you will eventually be infected. Over 1 million new, unknown malicious files are released every day, and your average antivirus with 99% detection rate has no way to stop these threats. A good antivirus in this day and age will prevent threats by running unknown files in a virtual container, preventing them from potentially harming your computer.

A good antivirus is simple enough for any layman user to manage, but advanced enough to stop attacks from the most skilled cybercriminals. Simplicity, usability, and security are top priorities when looking for an antivirus. The antivirus should be user-friendly, with an interface that keeps you informed and allows you to easily accomplish tasks and configure settings.

To figure out what is a good free antivirus for you, you must consider more than just protection. A good antivirus should use minimal resources. An antivirus that causes your computer to lag or slow down is not good.  Often, resource-heavy software will slow a computer down so much that you’ll uninstall the antivirus.

What is a Good Free Antivirus?

The only antiviruses that meet all of the above requirements are Comodo Free Antivirus and Comodo Internet Security (CIS). Both of these antiviruses come equipped with cutting-edge security capabilities such as auto-containment of unknown files, true default-deny posture, a rules-based intrusion prevention system, and a user-friendly interface, all in a resource-effective package.

Other antivirus solutions are limited to detecting known threats. Comodo’s default-deny platform is the only one that protects against any files—known or unknown. Default-deny authenticates every executable running on your computer and prevents them from taking actions that could cause harm. Equally important, Comodo Antivirus enables you to access and work with files as they execute within the sandbox. The result is total guaranteed protection without the loss of time, money or productivity.

Regardless of your operating system, the answer to the question “What is a good free antivirus” remains consistent. Comodo Antivirus is the only antivirus solution you need to keep your computer protected.