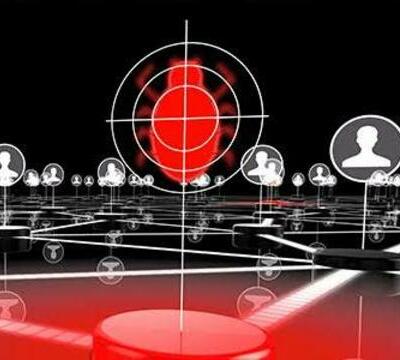 It works against all malicious software

Even though everyone uses the term “antivirus”, what you actually need is an all-round security program. Viruses were the original threat to computers and they’re still a major one, but now there are other forms of malicious software. At the present time, the main ones are spyware and adware, but ransomware is catching up quickly. It’s probably safe to assume that more forms will be created over the course of time.

The basis of all security software is a database of malware definitions. Basically, these are descriptions of malware. The security program will try to stop these programs from getting onto your computer in the first place and, if, somehow, they get on anyway, then they tell the antivirus cleaner what it needs to do to treat them. These databases have to be updated very regularly, in order to remain effective.

Some antivirus cleaners still use the “old-school” approach of having users download updates and apply them to their local computer. This wasn’t actually a bad idea in the early days of computing, basically when there was less malware about. At this point in time, however, it is vastly preferable for the definitions to be stored in a cloud database and for local computers just to connect to them when they go online. There are three main reasons for this.

First of all, it’s faster. This is becoming increasingly important as a fair percentage of modern malware consists of what are known as “zero-day exploits”. Basically, cybercriminals look for either new software or existing software which is due to be updated (ironically, often to fix known security issues). They then check the software to see if they can find any weaknesses the development house missed during its testing. If they can, they have a brief window of opportunity to attack before the software house has time to respond.

Secondly it makes sure that the updates are actually applied properly. Reputable security companies literally employ people to make sure these updates happen as they should. This is far more reliable than leaving it to private individuals.

Thirdly, this approach reduces the burden on the local computer. This is already a significant benefit and its usefulness is only set to grow as the quantity of malware continues to increase.

It has a sandbox

Sandboxes are sometimes marketed as “quarantine areas”, which basically summarizes what they do. They are what you get when your antivirus cleaner ring-fences part of your computer so that it has a safe place to treat malware. Up until relatively recently, this was a nice convenience. These days, however, it’s essential as malware creators are becoming increasingly astute about their attempts to trick their way past security software. Essentially, a sandbox makes sure that your computer as a whole will be kept safe if the malware pulls off any last, nasty surprises before it is finally treated.

It has an integrated firewall

In the old days, firewalls and antivirus cleaners were seen as being two completely different products. These days, however, the best antivirus cleaners are integrating firewalls to give their users extra protection. This approach has the benefit of making sure that the firewall and the antivirus cleaner work cooperatively together rather than getting into conflicts with each other, which used to be a fairly common problem.

It’s backed by a brand you can trust

A lot of the “free antivirus cleaners” out there are actually malware themselves. Even the ones which aren’t can be more about serving up adverts than about protecting your computer. Stick to established, reputable brands with a verifiable track record. Comodo, for example, has been keeping people safe for over 20 years and is trusted by millions. Click here right now to download Comodo antivirus and get all the protection you need to stay safe online!