If that sounds serious, that’s because it is and if it sounds like Google Play Protect isn’t enough to protect your phone that’s because it isn’t.   You need a proper antivirus for your Samsung Android and pays to do your research before you buy one. With that in mind, here are four points to check. 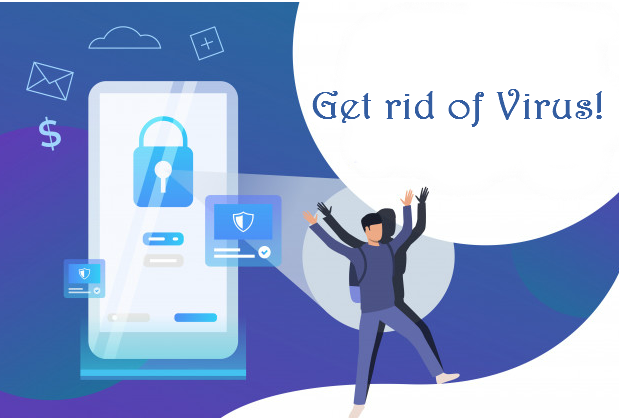 Check that it provides effective protection against all viruses, malware and USSD attacks

Let’s break that down slightly.

Viruses are a specific form of malicious software.  What makes a virus a virus is that it self-replicates.  Malware is malicious software which doesn’t self-replicate and therefore isn’t technically a virus, but is definitely something you want to avoid getting on your Samsung Android.  The most common forms of malware are adware and spyware, both of which are exactly what they sound like.

USSD attacks are attacks which target your network rather than your phone.

All forms of malware and USSD attacks can be used as part of a strategy known as SIM-jacking, which basically means stealing your cellphone number.  The reason why your cellphone number has value is because cellphones are increasingly being used for identification rather than just for communication.

As a case in point, Twitter CEO Jack Dorsey recently lost access to his own Twitter account after hackers exploited a weakness in his cellular network to take over his SIM card and then used his cellphone number to verify their identity on Twitter and change the login details to the account.  If you’re Jack Dorsey, sorting out something like this is probably going to be fairly easy. If you’re anyone else, it’s probably not and that’s just low-level identity theft.

Check that the protection extends to calls and text messages

First of all, nobody wants to deal with spam phone calls, so purely for this reason it makes sense to have your phone deal with them.  The reason call protection is now integrated into the best antivirus apps for Samsung Android is that in addition to being a nuisance, some of them are also a security issue.

Basically fraudsters will use phone calls to try to put you under pressure to act quickly and hence without thinking through the implications of what you’re doing.  In principle, you can avoid this by being cautious, but, in practice, one slip-up is all it takes and the more of these calls you receive, the higher the likelihood that you will slip up.

Similar comments apply to text messages.  These days, it is increasingly common for legitimate companies to use them as a way to send out quick updates to their customers, for example, to confirm that they are on their way to deliver a parcel and this increase in legitimate usage makes it harder to spot spam texts.  Even if you do manage to identify that a text is likely to be malicious, you still have the risk of clicking on a link by accident. You can eliminate this risk completely by getting a good antivirus for your Samsung Android.

Check that it has anti-theft protection

These days, the spotlight is very much on cybersecurity, which is good in the sense that it raises awareness, but it can overshadow the fact that good cybersecurity rests on good physical security.  In other words, if someone gets access to your phone, they can tamper with it and compromise your personal data (and the personal data of your phone contacts).

Check that you know the brand behind it

These days, a lot of the “free antivirus apps” out there are actually malware themselves.  The first step to avoiding these is to make sure that you only download apps either from the Google Play store.  The protection this offers isn’t perfect, but it’s pretty decent and you can double-down on safety by checking the details of the app developer and then cross-referencing that with what you can learn from reputable sources on the internet.

Alternatively, you can just stay with safe, reputable brand names like Comodo.  In fact you can click here to download our antivirus for Samsung Android and get all the protection you need at a great price.