Antivirus For XP for A New Lease of Life

Letting go of an operating system which has been around for 15 years can be tough. Because we humans are creatures of habit. But support for Windows XP ended on April 2014. This implies it's really dangerous to continue using it – unless you are willing to subject your PC to all sorts of security attacks. But as with all things, there is a way out. You have to beef up your operating system's security by employing the necessary tools and adopting the right security measures.

Let's take a look at how you can secure your Windows XP: 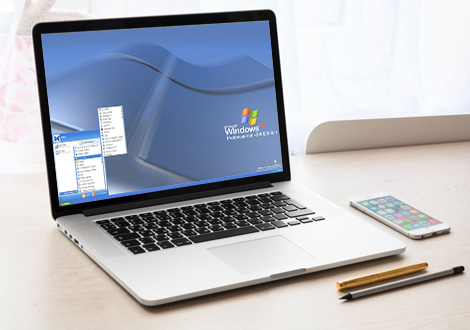 Clean Up and Reinstall Windows XP: Windows XP operating system is not particularly good at cleaning up after software uninstallation. And unfortunately, as you realize, your Windows OS might have seen several software come and go. Therefore the first and foremost thing to do in securing your Windows XP is to clean it up and reinstall the OS. This way, your OS will be in a position where it can be secured.

Install Antivirus For XP: There are many security software in the cybersecurity market which create Windows XP specific antivirus products, capitalizing on the fact that many PC users like you don't wish to or cannot afford to update to latest Windows versions because of legacy application incompatibility. Select one and secure your operating system.

Run Windows XP as Virtual PC: Antivirus software like Comodo Antivirus usually allow PC users to run their machines as virtual PC(s). This means operating your PC in a separate, secure environment (a container, to be more precise) which reduces your operating system's vulnerabilities to a minimum. In other words, just because you are using a Windows XP, this fact alone won't make your PC vulnerable to security threats.

Use A Safe Web Browser: Many malware enter your PC(s) through the internet. So your web browser plays a huge role in letting in the malware. Now, what if your web browser secure enough to fend off the security threat? Many cybersecurity giants, including Comodo, also release what is generally known as 'safe or secure browsers', using which you can protect your Windows XP machines against security threats.


Use Comodo Antivirus For XP

Comodo Antivirus for XP, which comes equipped with impressive security features like Default Deny Approach, Containment, Host Intrusion Prevention System (HIPS), Viruscope and much more, is the best antivirus for XP in the cybersecurity market today. You can check out its security features below in detail and realize why it would be the best fit for your Windows XP operating system.

Therefore, the bottom-line is that you should install antivirus for XP operating system and take all the precautionary measures suggested here in order to keep your Windows XP PC safe and secure against malware attacks and various other security threats. This is the only way you can continue using your Windows XP safely.