How to choose the right free antivirus program for you

If you own a fairly modern computer (Windows or Mac), the chances are that it will come with in-built security software. This is better than nothing, but neither Microsoft nor Apple are security companies so it’s best to download additional protection. The good news is that there are some great, free antivirus products out there. Here’s how to choose the right, free antivirus program for you. 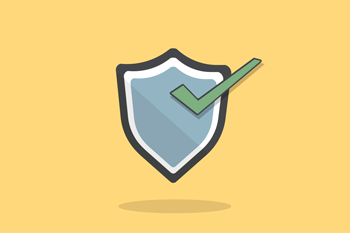 Look for a free antivirus for your specific operating system

Look for a free antivirus which is hosted in the cloud

Antivirus programs are only as good as their databases of virus definitions. These are basically descriptions of viruses. They tell the antivirus program how to identify malicious software and what to do to deal with it. New forms of malicious software are being created all the time, which means these databases need to be updated on a very regular basis. The traditional way of doing this is to create updates which users download and install on their local computers. The better way of doing this is to host the databases in the cloud and have users connect to them.

There are three main reasons why it is better to host definitions in the cloud. Firstly, it cuts down the time it takes for an update to become effective. Secondly, it eliminates the possibility for user error, in other words for people not to download and apply updates the way they should. Thirdly, it significantly reduces the burden on the host PC. This last point is becoming increasingly relevant as the volume of malicious software continues to grow and virus databases expand to cope with it.

Look for a free antivirus which can cope with all malware

Even though just about everyone, including IT professionals, uses the term “virus” as a catch-all for computer nasties in general, in actual fact, viruses are just one, specific type of malicious software. They used to be all there was, but not any more. These days, there is also spyware, adware, lockware and ransomware. It’s probably safe to assume that more forms will be created over the coming years. You need protection against all of them.

Be particularly careful to make sure that your antivirus has robust protection against spyware as this may be the most dangerous form of malware there is. Basically it is really hard for humans to detect because it doesn’t necessarily cause any problems with your computer the way other types of malware do. It can, however, literally steal all the data a criminal needs to impersonate you for any purpose from taking out a credit card or a loan to committing cybercrimes.

Look for a free antivirus with an integrated ad-blocker

These days, adverts are more than just an inconvenience. They are a security threat. Cybercriminals buy up legitimate advertising space and then use the adverts as a means to spread malicious software. This is called malvertising. Usually it involves tricking someone into clicking on a link, but there has been at least one instance of malware being spread just by an advert being displayed on screen. This happened in an attack on Spotify.

Look for a free antivirus with a sandbox

A sandbox is basically a secure place to treat malware. Using a sandbox ensures that your computer will be kept safe if the malware decides to put up a fight before it is eliminated.

Look for a free antivirus with an integrated firewall

Firewalls check your internet traffic in both directions for any signs that someone is trying to compromise your security. They check incoming traffic to see if someone is testing your computer for weaknesses and they check outgoing traffic to see if you are about to do anything which could create a security threat, like visiting a dangerous website. Firewalls are often marketed as “browsing protection” although this is only half of what they do.

Look for a free antivirus from a reputable brand

Downloadable software is more convenient for both genuine software companies and consumers, but it’s also more convenient for malware creators. That’s why a lot of free software is actually malware and that includes a lot of free antivirus programs. Stick to reputable established brands, which have demonstrated that they can be trusted. You can click here right now to download Comodo antivirus for your computer and get all the protection you need for free!