What you need to know before you download a free antivirus

These days, as soon as you get a new computer, the first thing you should do is download and install a proper antivirus program for it. Even though both Windows and MacOS now include security software as standard, neither Microsoft nor Apple are security companies, so it’s strongly recommended to boost this with the help of a third-party antivirus. The good news is that there are some great free antivirus products available. Here’s what you need to know before you download one. 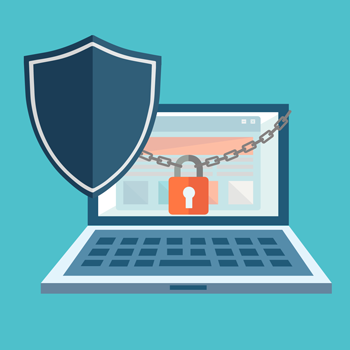 Antivirus is a misleading term

“Antivirus” is one of those terms everyone uses, even IT professionals, although it’s long since gone out of date. It’s been many, many years since viruses were the only form of malicious software in existence. Now there are multiple forms of malware including spyware, adware, lockware and ransomware. It’s also an odds on bet that more forms of malware will be created in future as cybercriminals keep trying to think up new ways to get past security software.

It’s important to have solid protection against all of these threats, especially spyware which is designed to be virtually impossible for humans to detect on their own. Spyware can steal anything from your banking details to your whole identity. Basically you need to avoid it at all costs and since you can avoid it for free, it makes complete sense to do so.

A free antivirus is only as good as its updates

All antivirus programs rely on databases of “definitions”. These are basically descriptions of malware, along with instructions as to what to do about them. Malware creators are constantly producing new variations of old threats, such as viruses, and periodically coming up with totally new forms of threat. Ransomware, for example, is a relatively new invention and its use is growing at an alarming rate. Because of this, cybersecurity companies have to keep updating their databases of definitions so that their products remain effective against the latest threats.

The best free antivirus products will be hosted in the cloud

Picking up from the above points, the quicker these updates take effect, the quicker you will be protected. This is the main reason why the best cybersecurity companies are now hosting free antivirus products in the cloud rather than sticking to the old system of creating updates which users would then download and apply to their local computer. This approach has another couple of advantages.

It eliminates the possibility of user error. Everyone has had the experience of being absolutely sure that they did something only to discover that they hadn’t and if that something is to update your antivirus program then the results could be, literally, life-shattering.

Additionally, it reduces the burden on the host computer. This is already a significant benefit and it’s probably a safe bet that databases of malware definitions are only going to get bigger and bigger as time passes. In fact, there may come a point where they get so large that it is impossible to host them locally on all but the most powerful computers.

In the early days of the internet, adverts were a minor inconvenience people generally tolerated because they subsidized a lot of content creation. These days, they are a serious, and growing, security threat. Basically, cybercriminals are buying advertising space on legitimate websites and placing adverts which aim to trick users into clicking on links to malicious websites.

This is known as malvertising and some very high-profile sites have been used to host attacks. Probably the most notorious was an attack on Spotify, which led to people being infected with a virus as soon as the advert was displayed on screen. This was (and, so far, remains) extremely rare, however, it is certainly possible that it is a sign of what’s to come.

When an antivirus program says it has a sandbox, it means it can quarantine off part of your computer so that any malware it detects is treated in a contained area. This means that if the malware decides to put up a fight, it will be prevented from damaging your computer as a whole.

This may sound harsh, but it’s a fact. The fact that software is now (mostly) downloaded means that literally anyone can set themselves up as a software company. This does have its advantages, but when it comes to security, it’s best to play safe and stick with a brand which has proved it can be trusted. Click here right now to download Comodo antivirus and get free protection from one of the leading names in IT security.