Antivirus Software for PC in 2020

PCs were once viewed as virus-ridden boxes of dismay, but you can still find people out there developing malicious programs in order to just create a disturbance or steal something. There are a few PC makers who preload antivirus software and then make never-ending attempts to oblige you into signing up for it because that is the only way of how they could make money.

Installation of antivirus software becomes a must here as it is this software that will help protect your PC from Trojan horses, worms, viruses, and several other unwanted invaders. Malicious acts, such as accessing personal data, deleting files or using your computer to attack other computers are frequently performed by worms, viruses and other such invaders. 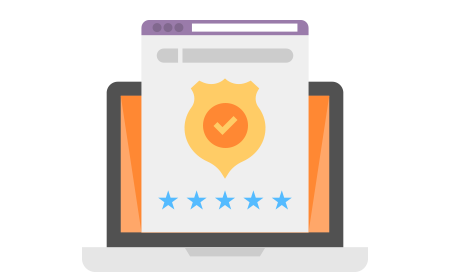 Benefits of Using Antivirus Software for PCs in 2020

Why Use Comodo's Antivirus for a PC?

Comodo Antivirus for Windows is based on the concept of prevention and not detection. The Comodo Antivirus software features ground-breaking auto containement innovation technology that automatically isolates unknown files inside a protected environment so they do not harm your PC.

An Antivirus for Windows is considered to be a must for all devices running on Windows operating systems. A Windows Antivirus enables detecting, preventing, disarming and removing malware. Without an antivirus, your Windows workstation becomes vulnerable to malware such as ransomware, Trojans, viruses, worms, rootkits. and spyware.

Being the most popular operating system, Windows thus becomes the primary target of cybercriminals such as hackers. The increasing number of features provide avenues for vulnerabilities and thus the PC needs Windows antivirus protection. Even though hundreds of Windows antivirus solutions are available in the market, all of them are not effective enough. Most of them are actually ineffective as they are capable of detecting malware based on signature-based detection methods. Malicious Windows Antivirus solutions are also available.

Windows PCs are threatened by zero-day malware that is not detected by conventional signature-based antivirus for Windows solutions. It should be noted that only Comodo Antivirus for Windows makes use of a default-deny policy in order to automatically block all files that are unknown into auto-containment where its behavior is observed until a verdict is reached. An antivirus for Windows thus becomes a vital necessity.

Comodo Antivirus is considered to be the best due to the following reasons:

Comodo Antivirus thus has an excellent level of functional intelligence, including the potential to detect threats based on behavior. Malicious activities or entries will be sent to an 'Antivirus Jail' immediately after they are detected. This indeed safeguards your PC while the file is both verified and tested. The file will be deleted if the verification process confirms that the file could be a threat. Comodo Antivirus is, therefore, a blend of the best offline and cloud virus definitions in order to identify whether a file belongs to a possible threat based on user feedback as well as expert suggestions or to the safe list.

A PC running Comodo permits only known and safe applications to bring about changes in the system with everything else running in Comodo container. In the contained, the malware thinks it is making changes but it is in fact fooled and persistent changes are not made because of virtualization of COM interfaces, Memory, Registry and Disk.

Comodo Antivirus for PCs thus allows all in a family to use a PC without the fear of the PC being infected as it comes with a default-deny approach, which means that if an application is not a known trusted application, then it will run in the container. Users are thus free to browse the Internet and carry out applications without any fear.