How To Choose The Best Antivirus Software For PC?


Antivirus packages are supposed to protect PC(s) against malicious software. Almost every PC contains one these days. But unfortunately, not all of them serve their purpose. As a result, the cyber security market has its share of inefficient antivirus packages, and each day, many gullible users fall prey to them. To prevent this from happening, we try to provide some answers here, using which PC users like you can make a better decision when it comes to selecting antivirus packages. 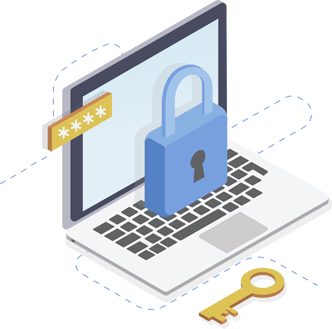 Antivirus software protects your PC(s) from all kinds of malicious software out there by regularly scanning your systems and preventing malware in its tracks mostly before (and sometimes after) the malware enters your system. The point to be noted here is that they don't take any action against the malware. (This job is usually reserved for other security software or tools). They just detect and prevent the malware from operating.

Simply put, they are similar to security guards of our real world who stop strangers from entering into buildings. Because well, they may perceive them to be harmful, until the proper check – production of ID or a reference from someone inside the building - is carried out. Antivirus packages, pretty much do the same job for your PC.

Now that you know what antivirus package is, the next important question would be whether to go for free or paid antivirus. Almost every antivirus provider out there packages their software in two versions: free and paid. The free ones are usually good and often act as bait leading PC users towards a more comprehensive paid version. So the answer you are looking for is simple and straightforward one: free is good, but paid is even better!

What Makes An Antivirus The Best Free Antivirus For PC?

There's no such thing as the best free antivirus for PC. Because what works today may not work that well tomorrow. But there are definitely certain industry-standard features which distinguish an antivirus package from the ordinary and help PC users like you successfully thwart various security threats out there.

The best free antivirus for pc will at least contain the following:

All This And Much More Available With Our Comodo Best Free Antivirus For PC!

Antivirus Alone Is Not Sufficient, What You Need Is The Whole Package

Like pointed out earlier, antivirus packages can detect and prevent malware. They cannot take any other action against malware. For this, they should be supplemented with the right mixture of security tools. So, it's always best to buy the whole security package, if you wish to protect your PC against zero-day malware attacks and other evolving security threats.

Our paid version of the antivirus named as the Comodo Internet Security, which comes with a free premium version, offers 360* protection to your PC(s) against various internal and external threats as well by combining a powerful antivirus, an enterprise-class web traffic filtering firewall and other such security features.

Why Use Comodo Internet Security (CIS)?

Comodo Internet Security employs the Default Deny Protection approach - a technology which is unique to Comodo - in combating new malware which poses majority of the security threats. Apart from the impressive features that make it a competitive tool in the industry, it is the only security software out there which can protect you against file-less malware. Let's take a look at some of its other features.

Award Winning Firewall: you need an efficient system to monitor or regulate the incoming as well as outgoing traffic from your PC. This can be easily achieved using the CIS's firewall. Secure Shopping: When browsing the internet, you give away vital information about your PC which can compromise its security badly. But with CIS, you can freely browse the internet and run programs in a secure environment without any fear of those activities damaging your real computer. And Much More: Live Virus Removal Support, Cloud-based Backup, Wifi Security, $500 Money Back Guarantee and much more are available with various CIS editions.