Sometimes free can be more hassle than it’s worth.  Free antivirus software, for example, can actually turn out to be a virus in disguise.  When it’s not, it can turn out to be an excuse for showing you non-stop adverts. Sometimes, however, free can be a real bargain.  So you know how to tell the best from the rest, here are five must-have features of the best free antivirus software.

1.The best free antivirus software has rock-solid protection against all malware

It’s been a long term since viruses were the only form of malicious software in existence.  These days “antivirus software” also has to protect people from all kinds of other threats from adware to worms.  In particular, it needs to be able to protect users against spyware and ransomware as these forms of malware can be just about impossible for a human to detect until it is too late.

Spyware is exactly what it sounds like.  It is designed to be discrete and it can be used for all kinds of purposes from stealing your banking data to taking over your computer when you think it is switched off.  The hacker can then use your computer as they see fit and do anything from mining cryptocurrency to participating in further cybercrimes knowing that the trail will point back to you rather than to them.  Basically, this is the digital equivalent of using a stolen car to commit a crime. 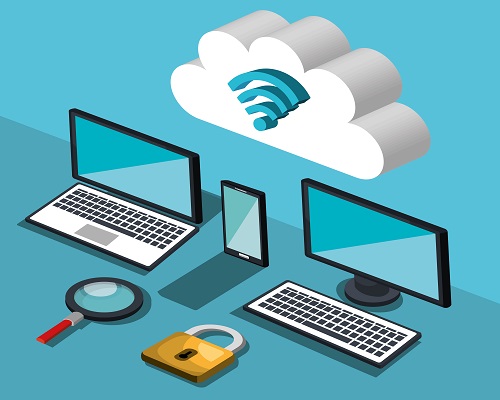 Ransomware either locks up your whole computer or encrypts your valuable files.  You then have to pay a ransom to get them released. This is usually by means of a cryptocurrency transfer which must be undertaken within a very short space of time.  At the current time, ransomware is still a fairly minor threat, but its rate of growth is alarming and all the indications are that it is shaping up to be a major issue in the near future.

2.The best free antivirus software has an integrated ad blocker

Internet adverts are now actively dangerous to the point where the only really safe approach to dealing with them is to block them completely.  Sticking to legitimate websites will not keep you safe because most websites just sell advertising space to third-party agencies and leave the agencies to undertake any necessary checks on the adverts they place.  The problem is that many advertising agencies are high-volume/low-value businesses and simply don’t check adverts thoroughly (if at all).

This has led to a practice called “malvertising”, which is when cybercriminals buy advertising space on legitimate websites and use it to host adverts which either contain links to malicious websites or which can trigger viruses just by being shown on screen.  This latter approach is known as “drive-by downloads” and while it is still fairly rare, it looks horribly likely to be the way of the future, hence the need to block all adverts completely.

A sandbox is basically a place to quarantine software while your free antivirus software figures out what it is, whether or not it’s safe and, if not, what to do with it.  Malware is becoming increasingly sophisticated, which means it can take a bit longer for even the best free antivirus software to identify and neutralize it. There’s also the distinct possibility that the malware will put up quite a fight and may spring some unwelcome surprises before it is finally eliminated.  You want to keep this struggle nicely contained in a sandbox to stop any damage spreading to the rest of your computer.

4.The best free antivirus software scans your email as well as your browsing and downloads

For all malware is growing more sophisticated and malware creators are growing more ingenious about spreading it, much of it is still spread the old-fashioned way, i.e. through email and, in particular, through attachments.  It’s therefore important to scan these thoroughly, even when they’re from trusted sources (as everyone can make mistakes).

5.The best free antivirus software has a recognizable name behind it

You wouldn’t trust a complete stranger to guard your home and you shouldn’t trust an unknown brand to protect the personal data on your computer.  Apart from anything else, a lot of the “free antivirus software” you can find online is actually malware in disguise. Even if it isn’t, there is a big difference between the quality of a basic free antivirus program and a really great antivirus program.  Comodo has been in the cybersecurity business for over 20 years and is trusted by millions of people for both personal and business use. Click here right now to download Comodo free antivirus software.