Even if you have an entry-level Android device, you still need the best virus removal app you can possibly find because what you’re really protecting isn’t your Android device itself, it’s your data (and the data of any contacts you hold in your device) and now that so many of us running our lives from our mobile devices, this is becoming increasingly important.  With that in mind, here are five ways to know that you’ve chosen the best virus-removal app for your Android device.

It helps you to optimize your device’s performance

Even now, some people still dislike putting a virus removal app on their Android device, because they are concerned that it will reduce its performance, especially if it’s a budget-friendly device.  Basically, this is a legitimate concern for poor-quality apps, but top-quality virus removal apps will both be better-written and have the functionality to optimize your Android device’s settings to get the most out of it and hence counterbalance the payload of the virus removal app. 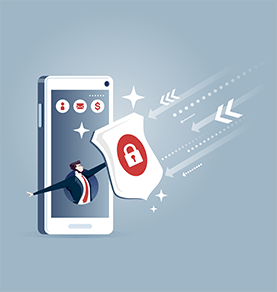 In particular, you’ll want to look for the functionality to schedule resource-intensive tasks such as deep-level scans so that they run at a time which is convenient to you (e.g. when you’re asleep) rather than at a time set by the app developer (meaning that they will run regardless of whether or not you have other plans for your Android device at the time).

It is regularly updated

You may have read news articles about how cyberthreats are multiplying all the time.  Maybe you thought the writer was exaggerating. Well, they might have been, but it is completely true to say that the volume of malicious software is increasing all the time as is its level of sophistication.

As a point of comparison, in the computer world, up until the early 1980s, there were only a handful of computer viruses in existence.  Now there are believed to be about a hundred thousand and they have been supplemented by other forms of malicious software such as adware and spyware.

Android was launched in 2008 and at this point in time there are no clear numbers on just how many viruses there are or how many other forms of malware exist, however in July 2019, malicious apps infected 25 million Android devices with a form of malware known as 'Agent Smith' so it’s probably fair to say that malware for Android is already a significant problem and if IT history is any guide, bluntly, it’s only going to get worse.

That’s the bad news.  The good news is that if you’ve invested in the best virus removal app for your Android device, you’ll be protected.

It offers protection against USSD attacks

USSD attacks are only a threat to devices which have SIM cards, but for these devices this protection is hugely important.  Basically, USSD attacks exploit weaknesses in the security of the cellular networks and use them to send instructions to smartphones (and tablets which have SIM cards).  The networks are doing their best to secure these security flaws, but the fact of the matter is that this is a really difficult undertaking, which means that USSD attacks are likely to be a serious issue for the foreseeable future.

On a similar note, if you’re looking for the best virus-removal app for your Android phone (or for a tablet with a SIM card), then you’ll also want one which provides protection against spam calls and texts.  These aren’t just an annoying inconvenience, they can be a security threat. Fraudulent callers can pressurize you into handing over sensitive information like your payment data and fraudulent texts can trick you into visiting malicious websites (besides which who wants to deal with either of these anyway?).

Per the introduction, even if you think your Android device itself “isn’t worth stealing” you have to remember that the data it holds probably is, which means that if someone can get their hands on your phone, they have the opportunity to get their hands on your data, which, effectively, means your identity and potentially the identity of any contacts you hold in your phone.

It has the backing of a quality brand

In general terms, you want to know who’s behind any app you download and this goes at least double for any virus removal app.  Basically, this is the app which is going to defend your Android device from everything cybercriminals can throw at it, so you need it to be from a company you can trust to have your back.  Click here right now to download Comodo’s best virus removal app for your Android device.