A review of the must-have features of free antivirus products

They need to cover your specific operating system

If you just search for “free antivirus products”, you’ll probably get more results than you know how to handle. You can make life easier by adding the name of your specific operating system. That way (once you get past the paid adverts) you should only get suggested antivirus products which will actually work on your computer. This is particularly important if you’re using an older operating system or if you’ve just upgraded to a newly-released version of Windows of MacOS as software companies can need a bit of time to catch up. 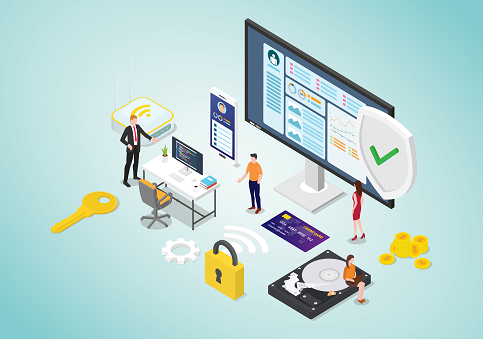 They need to be updated regularly

An antivirus product is only as good as its most recent batch of updates. Not only are new viruses being created all the time, new kinds of cyberthreats are being created all the time. Some of them are effectively new spins on traditional viruses (such as trojans and worms), while others are totally different (such as spyware, adware, lockware and ransomware). The level of sophistication and ingenuity is going up all the time as is the speed with which security vulnerabilities are being exploited.

What this means in practice is that security companies are continually running behind cybercriminals, racing to come up with solutions for the problems they create and that means that free antivirus products are anything but “set and forget”. They need to be continually updated in order to remain effective, otherwise all they do is give the user a completely false sense of security.

They need to be effective against all forms of malware

Picking up on the previous point, even though absolutely everyone uses the term “free antivirus” in actual fact what you need is a “free malware” product. Sadly, it’s been a long time since viruses were the only threat to computer users. These days, probably the biggest threat is spyware, since it is often very difficult, if not impossible, for humans to detect it on their own. As its name suggests, it is created to be discreet to the point where the first sign of its presence is a letter about a loan you never knew you had, or a visit from the police to ask about why your computer has been used for illegal activities.

It’s best if they have integrated ad blockers

Ad blockers aren’t to protect against adware, at least not directly. The protection against adware is a good free antivirus product. Ad blockers are to protect against “malvertising”, which is the use of adverts to spread malicious software. In short, people have become much more aware of the need to think a little before they visit unknown websites. Cybercriminals are therefore increasingly seeking ways to hijack the standing of legitimate websites and adverts are often their weak point.

Basically, websites, even high-profile ones, very rarely manage the adverts displayed on their pages. Instead, they decide how much space they are going to allocate to adverts and set ground rules on content, then they sell the space to advertising agencies who manage the adverts. These agencies are not necessarily as thorough as they might be about checking the content of the adverts they show (it doesn’t help that advertising is generally a low-value/high-volume industry), a fact which has been spotted by cybercriminals.

As a result, increasing numbers of adverts on legitimate sites (including high-profile ones) are being used as a means to spread malicious software and what’s really worrying is that in some cases all it takes is an advert being displayed on screen to trigger the malware. This is exactly why it’s becoming increasingly important to block all adverts.

They need to come from a reputable brand

This point is non-negotiable. First of all, a lot of the “free antivirus products” you can find from online searches are just straightforward malware. Secondly a lot of the ones that are, in theory, genuine, have other problems, such as lack of updates and/or a lot of adverts (which can be very irritating even if they are safe). Stick to free antivirus products from brands which have proved they can be trusted. Click here to download Comodo free antivirus and get all the protection you need from one of the most reputable brands in cybersecurity.