If you’re still running a Windows XP PC then you’re now totally dependent on third-party security products to keep you safe online. What’s more, the choice of security products available to you is continually getting smaller as software companies lose interest in what is now very much a legacy operating system. Even so, you do still have something of a choice and because of that it makes sense to choose the best free antivirus for your Windows XP PC. Here are some tips to help.

Do your research from another computer or mobile device

Keep your Windows XP PC offline as much as you can until you have protection in place (and even then try to exercise caution). Do your research from a computer which already has a proper antivirus product on it and then when you’ve chosen your free antivirus, just download and install it on your Windows XP PC. 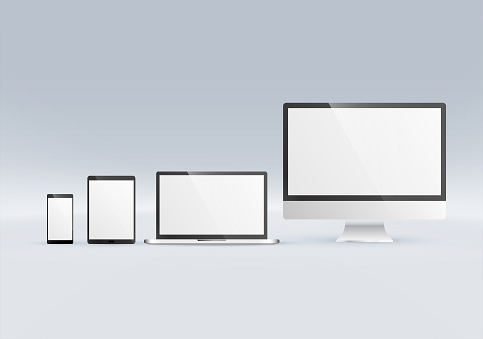 On that note, it’s a good idea to download and back-up all the existing security updates from Microsoft and any security updates from software you use. You don’t know how long they will be kept available online so it’s a smart idea to have your own copy of them in case you need to reinstall the operating system and/or any programs you use.

Windows XP can only handle up to 3.25GB of RAM (and that involves tweaking a setting). Hopefully, your computer will already have the maximum level of RAM (and if not then it’s a very worthwhile upgrade), but even so, it will probably struggle to run a locally-hosted antivirus and any other program and frankly there’s really not much point in running an antivirus on its own.

This means that you want to use reputable cloud-based products as much as you possibly can and you particularly want to use cloud-based antivirus products as these depend on hefty databases of “definitions”. A “definition” is basically a description of malicious software. It tells the main antivirus program how to identify dangerous programs and what to do about them. There is already a huge volume of malicious software “in the wild” and malware creators are constantly adding to it with the result that these databases just keep getting bigger and bigger.

Another advantage of using cloud-based free antivirus products is that the updates can be activated just about as soon as they are created, instead of requiring a user to download and install them. This means that users are protected more quickly and that the possibility of user error is effectively eliminated.

These days even adverts can be a significant drain on the resources of older PCs. This is one good reason to block them. The other good reason is because they are increasingly being used as a means to spread malicious software. Basically cybercriminals buy up advertising space on legitimate sites and use them to host fake adverts. This is known as “malvertising” Usually these adverts have links to malicious sites, so users have to be tricked into clicking on them. It is, however, possible for some malicious software to be triggered just by the advert being loaded on the screen. Possibly the most famous (notorious) example of this was a malvertising attacked hosted (inadvertently) by Spotify.

Ideally they should have an integrated firewall

A firewall checks your internet traffic for signs of suspicious activity and alerts you as necessary. If you’ve ever seen a message warning you that you were about to visit a questionable website, that would have been a firewall. There are three good reasons for preferring to use a free antivirus for your Windows XP PC with an integrated firewall. The first is that you need a firewall, so it makes sense to get a good one for free if you can. The second is that integrating the two products will help to reduce the payload on your computer. Thirdly, it will ensure that both parts of the antivirus program work cooperatively together instead of getting into conflicts with one another. This is bad enough on a computer with solid hardware specifications and is hassle you just do not need on an older PC.

It must be backed by a reputable brand

You wouldn’t trust your home security to just anyone so you shouldn’t trust the security of your personal data to just anyone. Click here to download Comodo free antivirus for your Windows XP PC and get all the protection you need from one of the most trusted names in cybersecurity.