Microsoft ended support for Windows XP on April 8th, 2014.  This means that is has been over five years since the operating system last had any security updates.  In spite of this, there is still a fairly large number of people who refuse to move on to more modern versions of Windows.  This may be because of personal preference or because they need to use software which has not been (or cannot be) updated. If you’re one of them, then you need the best free antivirus for Windows XP you can possibly find.  Here’s what you need to know. 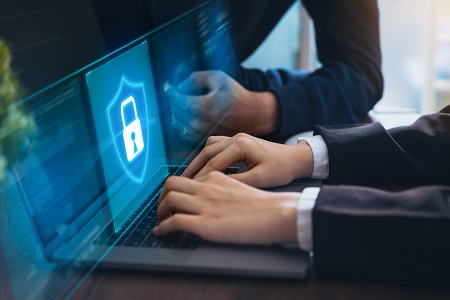 1.Realistically, a cloud-based antivirus is your only option

If you’re running Windows XP, then the chances are that you’re running an old PC with limited hardware resources.  Back in 2001, people were very impressed by the fact that Windows XP could support 3.25GB of memory. These days, 2GB of memory is the bare minimum requirement to run Windows 10.

If your Windows XP PC is running less than 3.25GB of memory (as is very possible), then increasing it could be a quick, easy and affordable way to improve its performance.  Even if you have to get a professional to do the job for you, it should still be a budget-friendly upgrade.

Maxing out your memory can do a lot to make your computer run more smoothly, but even so, you’re going to want to do as much as you can to make its life easy and you are certainly not going to want to have to download and apply antivirus updates locally if you can possibly avoid it.  Fortunately, you can avoid it by using a cloud-based antivirus.

2.You need a free antivirus which works against all malware

The term “antivirus” is a relic from the early days of IT, when viruses really were the only problem facing computer users.  These days, viruses are just one particular form of malware, other forms include spyware, adware, lockware and ransomware.

You absolutely must have protection against all of these (and against the new forms which will probably be created in the future) and you are unlikely to have the system resources to cope with running multiple security programs on your local computer (always supposing you can find them), so you want one free antivirus for Windows XP which copes with everything.

3.You need a free antivirus with an integrated ad blocker

There are two reasons why you need an antivirus with an integrated ad blocker.  First of all, a Windows XP PC is unlikely to have the resources to cope with modern adverts, even if you’ve maxed out the memory.  This means that allowing sites to serve up adverts could seriously compromise its performance.

Secondly, adverts are increasingly used as a means to spread malware.  This is known as malvertising. The more adverts you see, the more likely it is that you will be tricked into clicking on a malicious link.  In fact, there has been at least one instance of a virus being triggered just through an advert being shown on screen. This was in an attack on Spotify.

4.You need a free antivirus with an integrated firewall

Back when Windows XP was first released, it was common practice for users to have an antivirus and a separate firewall.  This is still possible today, but it is much less common. Even for people on modern operating systems, it generally makes sense to use an antivirus with an integrated firewall, partly because it is usually more economical but mostly because it ensures that the two functions work together rather than potentially getting into conflicts with one another.

This second point is particularly relevant for anyone still using Windows XP as you basically cannot afford the system drain which can happen when two programs are trying to work out which has control of a situation.

5.You need a free antivirus from a brand you know you can trust

This point applies to all computer users, but it’s particularly relevant to people who are still on Windows XP.  Not only has Microsoft stopped producing updates for Windows XP, but the overall level of knowledge and support for the operating system is fading away as increasing numbers of IT professionals focus on newer products and, basically, forget what they once knew.  You will therefore be totally reliant on your free antivirus to keep your Windows XP machine running safely and that means you cannot afford to take chances on an unknown contender.

Comodo has been keeping people safe for over 20 years and is trusted by millions.  Click here to download Comodo free antivirus for Windows XP and get all the protection you need to stay safe online.