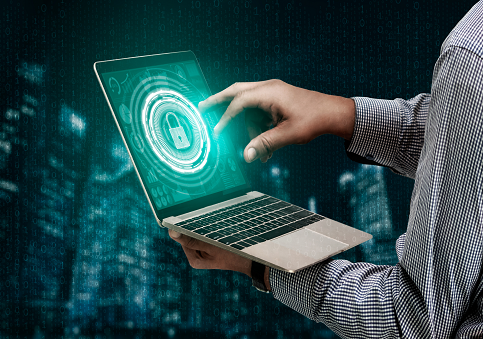 They provide robust protection against all malicious software

That dubious honor probably goes to “spyware”, which is virtually impossible for humans to detect on their own as it’s designed to stay hidden until it’s done its work. This is typically either to steal your data or to take over your computer for other purposes, it can even be both.

For example, a criminal could use both your identity and your computer to commit other cybercrimes in the same way as real-world criminals steal IDs and cars to commit real-world crimes. In both cases, the basic idea is the same. The initial trail will point back to you so you will be the one the police want to talk to, at least in the first instance, they may or may not catch the real criminals later.

Adware, lockware and ransomware are also serious threats. Adware is exactly what it sounds like. Lockware and ransomware both, essentially, take your computer or your files hostage so that you have to pay to have them released. Ransomware is still fairly new to the scene, so it’s currently a fairly minor threat, but its rate of growth is extremely worrying.

They have integrated ad blockers

Ad blockers provide an extra layer of protection from adware, although they’re not really the ideal solution. The ideal solution is to have an antivirus program which can deal with the problem at source. Ad blockers are used to stop you seeing adverts posted on websites you may wish to visit.

The reason this is a security issue is because cybercriminals have long since worked out that people are becoming more aware of the need to use online antivirus products and that the best cybersecurity companies are producing online antivirus products with integrated browsing protection to help make it much less likely that people will visit malicious websites in the first place, let alone download malicious files. They are therefore switching tactics to hijacking legitimate websites in a strategy called “malvertising”.

Basically this means that cybercriminals buy up advertising space on legitimate websites and use it to host adverts which either direct people to malicious websites or which trigger malicious software just through the advert being shown on screen. Some very high-profile sites have been used to host malvertising attacks. Possibly the most notorious was an attack on Spotify, which involved malicious software being triggered just through an advert being displayed.

In short, adverts have long since stopped being the way the internet was funded and are now too much of a security threat to be just ignored. At this point in time, they need to be blocked at source.

They have an integrated firewall

You can buy firewalls as stand-alone products, but it generally makes more sense to look for free antivirus products which have an integrated firewall. Firstly, this is more economical and secondly, it ensures that the two functions will work together right from the point of download instead of you having to adjust the settings so that they recognize each other rather than potentially seeing each other as threats and getting into fights with each other.

They need to come from a reputable brand

A lot of the “free antivirus” products out there are actually malware and a lot of the ones which aren’t are of dubious quality to put it mildly. Some are essentially “ghost” products, which haven’t been updated in a long time (meaning they’re effectively useless) while others may be much more concerned with showing adverts than with your security. You should stick to established, reputable brands, like Comodo. In fact, you can click here right now to download Comodo free online antivirus and get all the protection you need from a brand you know you can trust.