We have all heard of antivirus. It protects our PC(s) against various security threats like virus, worm, and other types of malware. Alright. But do you know how antivirus works? Let's take a look at how the most popular security software in the world protects our PC(s) not just against malware attacks but against zero-day threats too.

Of course, like with most security check mechanisms, an identification process for identifying malware is followed. This identification process is dependant upon 'virus signatures' – a way of identifying virus and other malware based on code snippets involved in the respective malicious software – which are contained within the antivirus database. As and when a new virus or malware signature is identified, the antivirus database is updated with it. 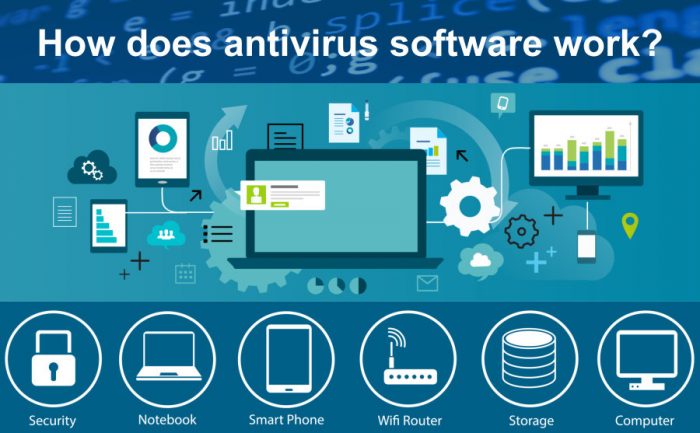 Based on these virus signatures, the antivirus performs blacklisting and whitelisting. Blacklisting is the process of putting software which tested harmful in 'a do not allow' list and whitelisting does the exact opposite. That is, putting software which tested not harmful in an 'allowed list'. Your computer starts operating based on these security rules.

Equipped with these blacklisted and whitelisted lists, the antivirus software protects your computers by scanning it regularly against the blacklisted and whitelisted software – available in its database - to make sure everything is fine and your computer secure. The same check is performed whenever a new application is accessed by your PC. This way your PC is protected from various security threats.

The rapidly evolving cybersecurity threat landscape throws up different strains of malware almost every day. To challenge them, your antivirus needs to be updated with virus signatures as and when they are created by the security community. Because only an up-to-date antivirus software will be able to handle the emerging threats easily. Therefore only use an antivirus software which updates itself with the latest virus signatures on a regular basis.

Free Vs. Paid? Which Is Best?

Comodo Antivirus Protection, which comes equipped with impressive security features like Containment, HIPS, Viruscope and more, ensures PC(s) are well protected against security threats of different kinds. Therefore be it known malware attack or unpredictable and unknown zero-day threats, with Comodo antivirus protection by your side, your PC(s) will be well protected against them.

Comodo's answer to how antivirus works is contained in the following technologies which it makes use of to protect your PC(s):