Comodo Antivirus   >
How to Find Malware

How To Find Malware?

Just like criminals leave behind trails after an act of theft – from the good old footsteps to fingerprints and DNA – malware infections too, usually, exhibit some tell-tale signs in the infected computer. In this blog, let's take a look at some of these signs which a malware-infected computer generally displays.

7 Steps on How to Find/Detect Malware

Your Computer Slows Down: If your computer slows down for no reason at all – like too much data or wear and tear – usually it is a sign of malware infection. Because all types of malware – be it a simple or complex one - have one thing in common which is slowing down your computer's performance. 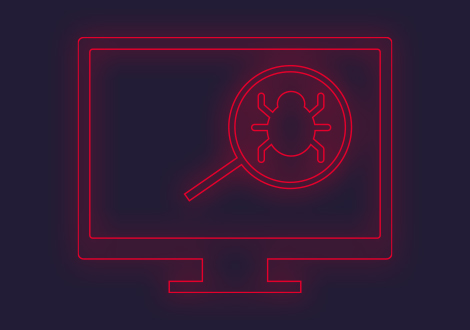 Annoying Ads and Pop-ups Are Being Displayed: If your computer screen is being bombarded with too many online ads to such an extent it's affecting your normal PC activities, then this is a sign of adware infection. Adware is a type of malware which generates money by displaying online ads on your computer.

Your Computer Crashes Altogether: This is a no-brainer but something which needs to be mentioned. Because there could be other reasons for your computer crash. But if your finely working, new computer crashes all of a sudden, then this is usually a sure-shot sign of malware infection.

The Dreaded Blue Screen Of Death: You probably are aware of what the dreaded blue screen of death is. A blue screen which says your computer has encountered a problem and needs to restart. Again a blue screen does not necessarily mean your computer is infected with malware but it could be one of the reasons.

Browser Homepage Changes Frequently: This is usually a sure-shot sign of malware infection. What happens is your browser homepage changes frequently without you doing so. If this happens to you, it usually means it's time for malware check which might have been delaying up until now.

Unusual Messages Get Displayed: Another anomaly which is indicative of malware infection is unusual messages. Like, for example, a string of random numbers or symbols which not mean or convey anything and which more often than not appear unnecessarily.

Unfamiliar Icons On Your Desktop: If your desktop gets cluttered with unfamiliar icons – software which you don't remember downloading and placing on the desktop – then again, it's usually a sign of malware infection. Time to install a security software like antivirus.

How To Find Malware Using CIS

Comodo Antivirus, which comes equipped with impressive security features like Containment, HIPS, Viruscope and more, ensures PC(s) are well protected against security threats of different kinds. These security features provide an emphatic answer to the question: how to find malware? Because the malware even if it escapes one security provision, will surely be caught by another.

Let's take a look at the various security provisions offered by Comodo antivirus in detail: