How to know if you’ve chosen a top free antivirus

This is probably the single, most obvious sign of a top, free antivirus. Antivirus products absolutely must be updated regularly to remain effective.  What’s more, these updates must be made active as quickly as possible.

Because of this, the best antiviruses available today are usually cloud-based antiviruses. What that means is that your computer will do very little work itself. It will simply connect to your antivirus provider’s cloud database.  The main advantage of this approach is that it ensures that everyone gets the same updates at the same time. There is no possibility for human (or computer error) in the process of downloading and applying the updates. 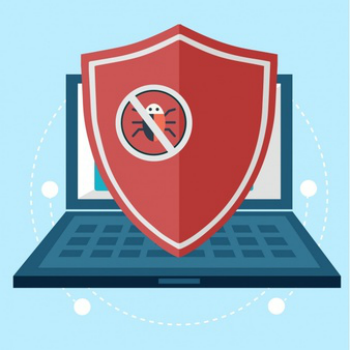 The second advantage of this process is that it really lightens the load on the host computer.  This importance of this point is growing all the time as the number of viruses continues to increase.  It also addresses the main reason why some people disliked using antivirus software. They were notorious for slowing down computers, even premium ones.

It protects against all malware, not just viruses

Spyware and adware are exactly what they sound like.  The threat from spyware is probably obvious. The threat from adware is more indirect.  Adverts are now used to transmit viruses. This strategy is known as “malwertising”. The more adverts you see, the more chance there is that some of them will be malicious.  The more malicious adverts you see, the more likely it is that you will end up being attacked by a virus.

In this context, it’s worth noting that there has been at least one instance of a virus being activated just by being shown on screen.  This happened as part of a malware attack on Spotify. Although this is still hugely unusual, it may well be a signal of what’s to come.  Malware creators are well aware that the less work a person has to do to activate malicious software, the more likely it is that they will do so.

In addition to this, adware, or more accurately, the adverts it shows, can really slow down your computer.  This can make it harder to pick up when you have other malware on your computer.

Ransomware is basically malware which encrypts your precious files and makes you pay a ransom to get them back.  For the record, the files don’t have to be on your computer itself. They just have to be accessible from your computer.  So, for example, if you have an external hard drive attached to your computer, that would also be at risk.

It has a sandbox

A sandbox is basically a quarantine area where malware can be treated safely.  In this context, safely means without any danger of them doing any (more) damage to your computer.

It includes a firewall

In the old days, firewalls and antiviruses were seen as two separate products.  Now they’re seen as two aspects of the same role, namely to protect your data. Firewalls check your internet traffic for signs of suspicious activity.  This includes both signs of third parties testing your computer for security weaknesses and signs that you might be about to do something risky. For example, your firewall will warn you if you’re about to visit a malicious website.  This is why firewalls are often marketed as "browsing protection".

It’s backed by a brand you can trust

This is really important.  As we said at the start, some “free antivirus” products are actually malware themselves.  Some aren’t actually malware, but are, effectively, useless and hence leave you vulnerable to malware.  Stick with brands which have a proven track record of performance. In fact, you can go to this page right now to download Comodo antivirus and get top protection for free!