These days, all Macs need robust virus protection. That is just a sad fact of life. XProtect on its own is nowhere near enough. You need an all-round security program, which protects against viruses and malware and also keeps you safe while browsing. With that in mind, here are four points to check when you’re buying virus protection for your Mac. 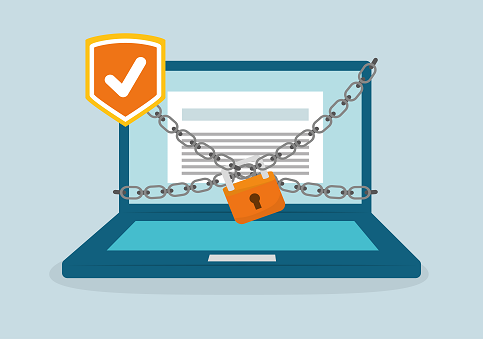 Check that your virus protection updates its definitions frequently

Virus definitions are basically descriptions of viruses. These descriptions are the core of all effective antivirus programs. Essentially, they tell the antivirus software what it needs to know to identify viruses and, if necessary to treat them if you do get an infection (remember that malware can be introduced to a computer on physical media rather than just via the internet).

In order for an antivirus program to provide robust protection, it needs to have access to the definitions of all known viruses and since new viruses are being created on a regular basis, it needs those definitions to be kept as up-to-date as humanly possible. At the present time, the best protection tends to be offered by cloud-based antivirus programs as they can apply updates literally as soon as they are ready, this is both much quicker and much more reliable than having to rely on the user downloading and installing them on their local machine.

Using cloud-based antivirus products also has the advantage of reducing the burden on the host machine and this benefit is only going to increase as the range of viruses and malware continues to grow (and sadly all indications are that their growth is likely to continue indefinitely) and hosting virus definitions locally starts to become a struggle even for the most powerful Macs.

Although viruses are the most common form of malicious software, they are definitely not the only form of it. Two other common forms of malware are adware and spyware. Both of these are exactly what their names suggest they are and while adware in itself is more of a resource-hogging nuisance than a security threat, it can be used to carry viruses. In fact, there is a specific form of cyberthreat called “malvertising” which basically means using adverts to infect users with viruses.

Most of the time this depends on users being tricked into clicking on a link, but in some cases viruses can be deployed just through adverts being shown on the screen (there was a notorious instance of this happening on the Spotify website). This is a good example of why XProtect on its own isn’t enough. XProtect is more formally known as “File Quarantine” and only protects you when you download files. It does not offer real-time protection when you browse the internet and would have been absolutely useless in that case.

Check that your virus protection includes a firewall (browsing protection)

In the old days, it used to be standard practice for people to choose their firewall and their antivirus on an individual basis and that’s still possible but not only is it usually better value to get the two together, it usually makes more sense from the point of view of practicality.

Basically one of the issues with buying a firewall and an antivirus separately was that the two programs could end up “fighting with each other” essentially either battling it out for resources and/or trying to work out which one had the final say on security issues (even though they might both have been agreeing with each other). People who knew their way around IT could (and still can) get around this by configuring the two programs very carefully, but for everyone else it just makes usually makes a whole lot more sense to buy one program which performs both functions (plus it’s usually better value).

Windows and Android users have long had to deal with the fact that a lot of the “free antivirus” software available online is, in point of fact, malware itself. Mac owners are going to have to start to come to terms with the idea and get into the firm habit of checking the credentials of anyone who claims to be a software developer and especially of anyone who claims to be a security company. Alternatively, just stick with Comodo and head to this page right now to get all the protection you need at a price you can afford.