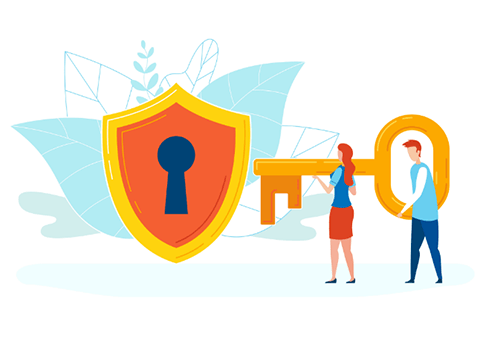 It comes from a brand you can trust

The importance of this cannot be overstated. These days the popularity of free antivirus software has led to the creation of a significant quantity of malware pretending to be free antivirus software. This type of malware tends to be a specific form of computer virus known as a trojan, which essentially tricks the user into taking an action which activates the malicious software. A typical scenario would be for a user to be told that they needed to scan their computer or that they had a virus which needed to be treated and, in either case, be requested to click somewhere. That click then sets off the virus and the user winds up dealing with the exact situation they were trying to avoid. Basically, if you are going to use free antivirus software, make sure that you only download it directly from providers who are known to be trustworthy, like Comodo.

The ability to run without disrupting your computer or mobile device

Robust protection against all malware

When it comes to technology, details can matter a lot. Viruses are one specific form of malware (their defining feature is that they self-replicate). These days there are lots of other nasties which can make their way into your computer or mobile device, so any form of effective protection has to guard against all of them, rather than “just” viruses. This means that the virus definitions need to be regularly updated and ideally you want them to be updated automatically without any intervention on your part.

For the sake of clarity, updates to the virus definitions are different to updates to the main product itself. The virus-definition database is essentially a list of known viruses and how they can be identified. Product updates relate to the functionality and security of the product as a whole. Basically they are two separate sets of updates.

There are two key points to understand about free antivirus software. The first is that reputable companies generally want to make some revenue from it, so they often use it to show adverts. This not only brings in a bit of money, it also adds a little bit of inconvenience to the user which can gently nudge them to upgrade to the paid version. Frankly, adverts will almost certainly be a fact of life if you’re using a free antivirus product, however, even when antivirus software is free it should still be recognizably antivirus software rather than adware. In other words, the level of functionality should outweigh the level of advertising rather than vice versa.

The second is that there should be nothing which might confuse (read trick) you into accidentally agreeing to pay for an upgrade. Again, you should take it as read that companies will point out the extra features you can unlock by paying for an upgrade, but they should not use underhanded tactics to try to part you from your cash.

Comodo free antivirus scores on all the four points mentioned in this article and you can download it now from the Comodo website.