What Is An Antivirus?

Antivirus software of today offers the much-needed real-time protection. Which means they learn to tackle the malware as and when it evolves. The cybersecurity market contains many free antivirus packages, most of which are pretty effective but offer only minimal amount of protection. For those PC users seeking enhanced protection, paid version suits better. 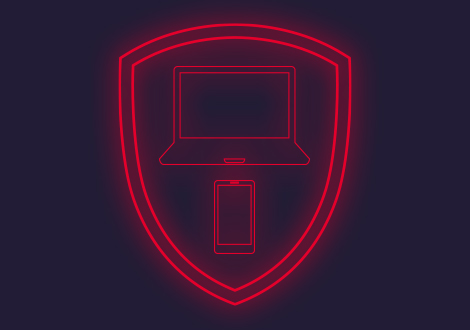 How Does Antivirus Protect Your PC(s)?

Now that you know the answer to 'what is antivirus?', let's try to understand its working. Antivirus usually works on 'identify-block-quarantine' basis. Meaning AV(s) 'identify' malware based on a set of predefined characteristics, 'block' them from entering your PC(s), and 'quarantine' them, in case they have already infected your PC(s).

Malware identification and blocking is usually done based on pre-defined blacklisted and whitelisted lists and using different types of scanning methods like static scanning and heuristics or dynamic scanning. Whereas quarantining is done to test suspicious applications and to separate infected sections of your PC(s) from the good ones.

What Comodo Antivirus Offers for Your PC?

Comodo Antivirus Protection, which comes equipped with impressive security features like Containment, HIPS, Viruscope and more, ensures PC(s) are well protected against security threats of different kinds. Therefore be it known malware attack or unpredictable and unknown zero-day threats, with Comodo antivirus protection by your side, your PC(s) will be well protected against them.

Comodo's answer to what is antivirus is contained in the following technologies which it makes use of to protect your PC(s) against security threats: