Windows is the most popular operating system for desktops (or workstations or PCs) due to its user-friendliness and the varied applications that it offers for various requirements. It has enabled even the not-so-tech-savvy users to utilize computers to make their work easier. It has made millions of users computer literate. Along with usefulness comes danger. As there are countless Windows PCs, cyber criminals have a wide target. They focus their energies on compromising Windows PCs, and this is the reason that there is more malware targeting Windows PCs than any other operating system. There are, however, more options - Windows Free Antivirus solutions - to secure Windows PCs from malicious intent. 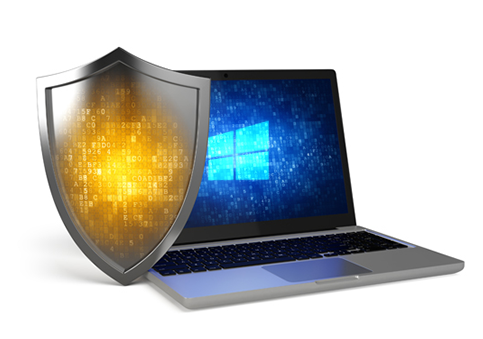 Windows has numerous user-friendly features, and it allows multiple ways to execute a specific work. This includes more features and hence more points to target. It is very difficult to create an absolutely secure application, as well as make it user-friendly, to run on the Windows Operating System (OS). Cyber criminals can exploit vulnerabilities due to non-updated operating systems, non-updated applications, and lack of antivirus solutions. With the grave nature of present-day malware, not just any antivirus solution will  do. Windows systems require a robust and effective antivirus solution.

Among these there are many reputed solutions – some of them are paid and some are free. Most free solutions are watered-down versions of the paid versions. Verdict: They do not serve the necessary purpose. And though some paid solutions make tall claims, they are not as effective as they claim to be.

Comodo Free Antivirus features a proactive antivirus engine that automatically detects and removes malware of all hues and colors - viruses, worms, ransomware, spyware, Trojans, and others. The Comodo Windows Free Antivirus has outstanding features that allow it to provide absolute security to the Windows computer.

There are basically three types of files – known bad, known good and the unknown. Most traditional antivirus solutions successfully detect, block and remove all known malware through blacklisting. Some antivirus solutions maintain a database of known good files – termed as whitelisting. White-listed files are allowed instant access to all areas of the computer system – this boosts the efficiency of the process. The third type of file – "the unknown file" — is also allowed unfettered access by most traditional antivirus solutions. The unknown file could either be good or bad. If it is good then the Windows system remains safe. But if it is malware then it can cause havoc.

Only Comodo Windows Free Antivirus utilizes a default-deny posture to block all unknown files and move them into auto-containment. The behavior of the file is studied in a virtual environment that combines virtual COM interfaces, Disk, Registry, and Memory. Next, based on the verdict, the file is either allowed or deleted.

Comodo Windows Free Antivirus, which is a part of the Comodo Internet Security Suite, is the only solution that can protect you against unknown files - zero-day malware.