What Is The Most Dangerous Malware?

Every malware is bad. It cripples your PC(s). Only the degree or the extent of damage caused varies. In other words, some malware is more severe than others. The damage caused can range from just loss of files to total loss of security. Bearing this in mind, we've created a list of the most damaging malware based on our experience in dealing with security threats and the vast amount of security intelligence gathered over the years. [Please note: this is not the exact list. In fact, no security firm can draw such an exact list, considering the rapidly changing cybersecurity threat landscape of today]. 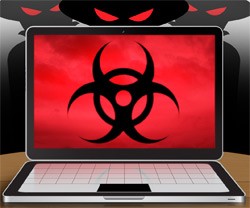 All kinds of malware can be prevented by installing antivirus software. With the use of security features like virtual desktops, anti-keyloggers, regular and comprehensive scanning, antivirus packages ensure your PC(s) stay secure, not just against malware threats but zero-day attacks too. Use antivirus, stay secure.

Comodo's best program to remove malware or in other words CIS comes equipped with impressive security features which not only offer the best real-time protection to your PC(s) but also offers unlimited expert malware removal support in case of malware infections. But using CIS, chances of your PC getting infected are pretty less in the first place! Because it offers solid PC protection.

Security features like Comodo's unique Default Deny Approach for checking unknown applications, Containment for running and testing unknown applications, Host Intrusion Prevention System (HIPS) for PC protection, and Viruscope for monitoring the various processes which run on your PC, the chances of malware threats and even zero-day attacks infecting your PC(s) are very less. All these provisions make CIS the best program to remove malware in the cybersecurity industry.