How Security Software for Windows Helps to Secure from Online Scam

The Internet has probably the best thing which has happened to us in the past 2-3 decades. It helps us shop, bank, study, learn new things, make travel arrangements, and carry out other such activities with just a few clicks. But the same internet has also brought with it a few negatives as well: virtual crimes and the online scammer behind them top this list. Now, let's take a look at some of the popular online scams and security measures you need to take to prevent them. 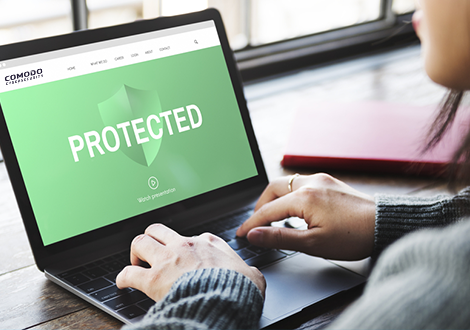 Take all necessary security measures expected out of a prudent internet user and you can stay clear of these online scams. Because at the end of the day, these scams rely on your reaction. And if you react the right way, there won't be any issue at all! Therefore ensure you take the following simple but effective security measures: i) use strong passwords ii) think before you click anything iii) employ stringent privacy settings and above all, iv) use antivirus software for PC protection.

Use Comodo's Security Software For Windows

Comodo's Free Security Software For Windows which comes equipped with impressive security features offers the best real-time protection to your PC(s). Security features like Comodo's unique Default Deny Approach for checking unknown applications, Containment for running and testing unknown applications, Host Intrusion Prevention System (HIPS) for PC protection, and Viruscope for monitoring the various processes which run on your PC, the chances of malware threats and even zero-day attacks infecting your PC(s) are very less. All these provisions make Comodo's Free Security Software for Windows the best antivirus in the cybersecurity industry.