Living in an age where it is raining security threats, PC users have to be cautious while online. Viruses, trojans, malware, various other types of infections assail our PC(s) constantly if it is not protected well. This means PC users need at least the basic form of protection – in the form of antivirus – to keep security threats at bay.

When users install antivirus, they are protected against various types of malware, and in some cases, even against zero-day threats. Although they usually don't take any action against malware, they are 'much-needed efficient blockers', that try their best to keep the malware away from your PC. In other words, they are much-needed defense system PC users cannot survive without. 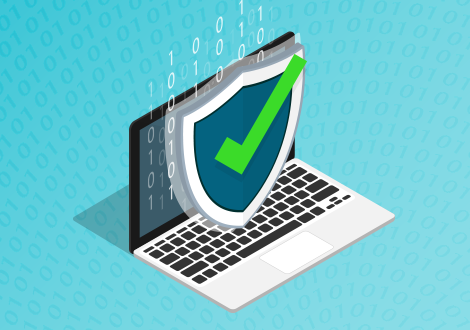 How Does Antivirus Offer Protection?

Via scanning and detection. These are the two main techniques which antivirus(es) heavily rely on to protect PC(s). They keep scanning the systems constantly in the background, looking for malware existence, as PC users go about doing their activities. Modern-day antiviruses are so good that they don't even slow down the system or affect its performance in any way.

Antivirus software typically scans PC(s) in two different ways: via on-access scans and full system scans. Full system scans are usually performed when antivirus is first installed on PC(s). Whereas on access scanning usually happens when PC users try accessing a file or program. It's a real-time scanning option, widely employed today by antiviruses, which ensures malware is detected real-time. Then there's the heuristics scanning option which looks for unusual behavior and blocks them.

Antivirus software(s) usually keep a list of virus definitions aka signature definitions – the pattern associated with a specific virus or malware – and keep updating them regularly in order become aware against the latest malware signature which surfaces from the malware community.

So every time a computer is up against a malware, the antivirus package refers to these list of antivirus signatures and takes the appropriate action.

Comodo Free Antivirus, which comes equipped with several impressive security features, is easily one of the best Free Antivirus packages available in the IT security market, which can protect PC users against not just different types of malware but can offer strong resistance against zero-day threats too based on the impressive cybersecurity threat intelligence it has gathered over the years.

The Best Virus Protection" Tool In The IT Security Market