Definition of Antivirus; How to Remove Virus from a Computer 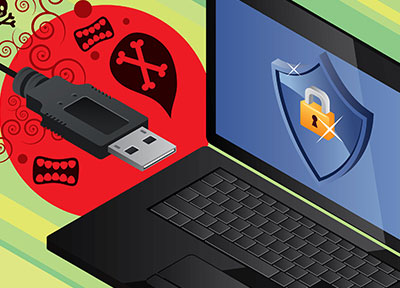 What is antivirus?
Antivirus (that’s how we usually call the antivirus software or anti malware software), also abbreviated as AV, is basically the software that we use to detect, block and remove any malicious software. Well, that’s the basic definition of antivirus.

After the antivirus definition, let’s now move over to the other important area, namely best virus removal tool…

How to remove a virus from a computer…

There are some very basic things that need to be kept in mind as regards removing virus/malicious software from a computer. Let’s take a look at the same:

If you think your system could be infected, you need to detect the infection. For this, you need to run a scan with your antivirus software. You can open your antivirus scanner either through the Start Menu or through the Windows notification area and then go for a full system scan, which helps you detect all threats on your system. (Remember, if you are not able to boot into Windows, you should boot your system into Safe Mode and then run the virus scan from within Safe Mode).

Your antivirus helps detect the threats and infections on your system. A prompt will appear after the virus scan, giving options to either move the virus to the virus vault or delete the infected files. You can choose either of these, to get rid of the infection(s).

There is also the option of using Windows Defender as an antivirus if you do not have an antivirus software installed on your system.

You could also run an online virus scan if you think your system could be infected and if by any chance you don’t have an antivirus installed. There are many websites that would scan your computer hard drive for infections. Well, since there are many options to install an antivirus on your system, you’d better go for that.