Three reasons why you should invest in a reliable virus cleaner

At this point in time, investing in a reliable virus cleaner is no longer an option, it’s a necessity. Here are three reasons why.

Only Creeper was spread through a network, Elk Cloner and Brain both relied on floppy disks. None of them was created with malicious intent (unless you count practical joking as malicious). Creeper and Elk Clone were both pranks (all Creeper did was display a message saying “I’m the creeper, catch me if you can!”). Brain was actually intended as a form of copyright protection.

By the early 1990s, however, there were believed to be around 1300 computer viruses in existence and by the early noughties, not only had this number increased massively but the first cellphone virus had arrived on the scene (2004, The Caribe). Over the course of the noughties, the nature of viruses starts to change and the focus shifts from causing damage to the host computer (or mobile device) to gaining control of the computer (or mobile device) and/or gaining access to personal data. 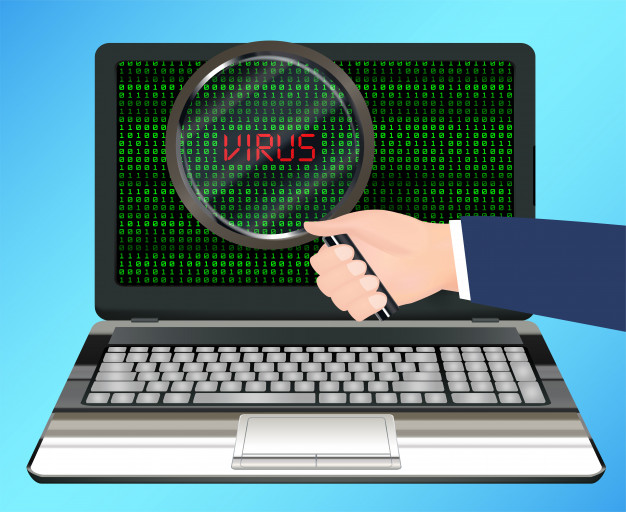 The first major instance of viruses being used for data theft was probably 2007’s “Zeus” attack, where the virus was used to log keystrokes and hence to steal banking information. Since then the number of active viruses has continued to increase massively as has the extent of the damage they cause. The single, biggest virus attack seen so far was the 2017 WannaCry attack, which literally put people’s lives at risk because it infected computers used for medical purposes. Recent years have also seen a spate of cyberattacks on businesses, some of which have made headline news (and have generated massive fines).

Private individuals cannot directly control what organizations do with their data, although they can certainly vote with their wallets and make a point of using companies which show that they take data protection seriously, but they can, should and these days must do everything they can to protect their own data.

This point cannot be overemphasized. While there are still some viruses out there which were created to damage computers and/or mobile devices, these days this is usually an inconvenience rather than a major issue. In simple terms, if the only damage is to the hardware then the cost of repairing the damage is limited to the cost of getting new hardware. Damage to files can be more of an inconvenience, but even here, it should not be a huge issue since people should have backed-up anything that matters to them. The real threat is to a person’s data, or, perhaps it would be better to say, to their identity and this is a threat which deserves and needs to be taken with the utmost seriousness. Clearing up identity theft, by contrast, can involve a whole lot more than a phone call to your bank to cancel a card, it can involve court cases (both civil and criminal).

These days just about every mainstream operating system comes with some kind of integrated security functionality. Windows has Windows Defender, Google has Play Protect and MacOS/iOS have Xprotect. The fact remains, however, that neither Microsoft nor Google nor Apple is a security company and hence they cannot be expected to have the same degree of expertise as companies which focus on security-related products such as reliable virus cleaners.

Similarly the free versions of antivirus products are not going to have the same level of functionality as their paid-for counterparts (otherwise there would be no reason to upgrade). These programs are certainly better than nothing, but in today’s world many of us run our lives and livelihoods from the internet, meaning that our computers and mobile devices either store or have access to data such as personal messages and photographs, calendars, task lists, payment information and banking details. They may also store images of and/or information about key documents such as drivers licenses and passports. In other words, for many people, “better than nothing is nowhere near good enough” and investing in a reliable virus cleaner is as important as investing in a good lock for your front door.

Comodo antivirus is a premium offering at a budget price

Comodo’s mission is to make it possible for everyone to have the robust security they need to stay safe online. They have fulfilled this mission with the launch of Comodo antivirus, which offers all the functionality you would expect from a premium antivirus product, but is priced so that everyone can afford it. Get it now from Comodo.