Over recent years Macs have changed from being at minimal risk from viruses to being prime targets for viruses. The reason for this is that the nature of viruses has changed from being all about causing damage to being mostly about gaining some form of advantage, usually financial. Virus-creators know that Macs are powerful machines which are bought by people of good financial standing and so they are becoming increasingly popular targets.

In other words, if you have a Mac, you must protect it with proper antivirus software. XProtect on its own is nowhere near enough. With that in mind, here are three points to check so you know you’re buying the best antivirus software for your Mac.

Virus definitions essentially tell an antivirus program how to identify specific viruses. Each and every known virus has its own definition and as more and more viruses are being created all the time (along with other malicious programs known collectively as malware), these virus definitions have to be continually updated and the quicker they are updated the quicker your Mac is protected.

At this point in time, cloud-based antiviruses have a clear edge over their locally installed counterparts for three main reasons. First of all, security companies can push out antivirus updates the moment they are ready and have them working immediately, rather than having to rely on them being downloaded and applied locally. Secondly, using cloud-based solutions eliminates the possibility of someone being able to tamper with the virus definitions if they get access to the local machine and thirdly it reduces the payload on the local machine.

This last point is a serious consideration even with Macs, which typically have very decent hardware specifications. Leaving aside the fact that you’ve presumably bought a Mac because you want to make use of its capabilities for your own purposes, not just so it can run antivirus software, there’s also the fact that, at some point, every computer reaches its maximum capacity and not only is there a huge number of viruses already in existence but more and more keep being created all the time. 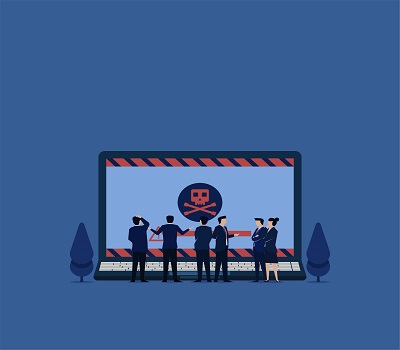 2. Check that your antivirus software has a firewall (also known as browsing protection)

Firewalls are, essentially, devices which ring-fence your internet traffic (incoming and outgoing) and check it all before deciding whether or not it is allowed to pass through (in either direction). There are several reasons why it’s important to monitor outgoing traffic as well as incoming traffic and most of them revolve either around the fact that users may need guidance on what websites are or are not safe to visit or around the fact that anyone who gets physical access to a computer can tamper with it, but that this may be detected through monitoring outgoing traffic.

These days, it’s very important to have the protection of a firewall regardless of you access the internet and it’s absolutely vital for Mac users as their data is likely to carry a premium on the black market and hence is a particularly attractive target for data thieves.

In the old days, firewalls and antiviruses were often sold separately, and implementing your firewall and antivirus separately can make sense in the corporate world and occasionally for private users who are very knowledgeable about IT. For the most part, however, it makes sense to buy them as one product, partly so that you can be sure that you have complete protection and partly so that you can be sure that the two functions will work together rather than trying to fight with one another (which was a very common problem when they were sold separately).

3. Check your antivirus software is backed by a reputable brand

In the PC and Android worlds, it’s quite common for “free antivirus” products to turn out to be malware themselves. This is currently less common in the macOS and iOS worlds, but it’s still a possibility and realistically this threat is only going to grow over time. Even without this issue, the fact still remains that antivirus programs vary widely both in their effectiveness and in the extent to which they drain the resources of your precious computer, so you want to make sure that you always get the antivirus software for your Mac from a respected and reputable brand.

Head to this page right now to download Comodo antivirus for your Mac and get all the protection you need at a price you can afford.