How To Remove Virus From An Android Device

If your Android device isn’t behaving the way you think it should, and you don’t already have a robust antivirus app on it, then you need to consider the possibility that you’ve picked up a virus. Here is some guidance as to what you can do about it.

You’re going to have to cross your fingers here, because a lot of modern viruses will block downloads of security software, however you may get lucky and since it’s far and away the easiest option, you might as well try. If you can’t download an antivirus app on the infected device, then you could try having a second kick at the can by downloading one on another device and then copying it across. Realistically, this probably isn’t going to work either because the installation will be blocked, but you might as well give it a go and see if you get lucky.

This option is basically going from one extreme to the other. While an antivirus app will basically isolate and treat the virus, a factory reset will essentially erase everything on your device (apps, data, settings, the lot) and basically set it back to how it was when it left the factory so you can start all over again. It does not, however, touch anything attached to your Google account. So, for example, if you have taken photos on your mobile device but, for whatever reason, have not uploaded them to Google photos, then you will lose them, but if the photos are in your Google account, then they will be safe.

Depending on how you have set up your Android device, this option can be anything from a minor pain in the butt to something you’d do just about anything to avoid. If it’s the latter, then there are some other options you could try. Be warned, however, they may or may not work. 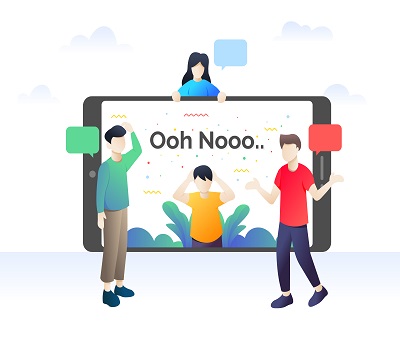 3.Clear out your browser cache

The path to this will typically be Apps & Notifications > Chrome > Storage > Clear Cache (or go via the browser’s own settings menu). If you’ve just picked up an irritating web redirect then this may do the trick.

This is where life can start to get interesting. If you are lucky, you will be able to go to your list of apps and literally go through them one by one until you find the culprit and hoping that it lets you uninstall it. The fewer apps you have installed the easier it will be. If you’ve taken a minimalist approach to setting up your Android device, then you want to look at the install dates and start with removing the app you installed most recently and working backwards from there if necessary.

If, however, you’re something of a mobile maximalist then your most pragmatic approach might be to keep only the apps you definitely recognize and possibly the ones which look like they’re legitimately from Google themselves and get rid of everything else, starting with your most recently-installed apps.

If you can’t access your list of apps, then try booting your mobile device into safe mode, which will allow you to see and uninstall apps but will prevent them from running. Even if the virus stops you from rebooting in the usual manner, manufacturers will generally have some kind of “hardware reboot” option. The most common approach is to have users press and hold the Power, Volume up, and Volume down buttons until the logo appears at which point you release the power buttons but keep pressing the volume buttons. Your mobile device should then start to reboot and offer the option to boot into safe mode. If this doesn’t work, then you need to check your manual and/or the internet for the correct procedure.

Once your virus is removed, make sure you invest in reliable antivirus protection

How to avoid online christmas scams