Beware of the Trojan Festalco 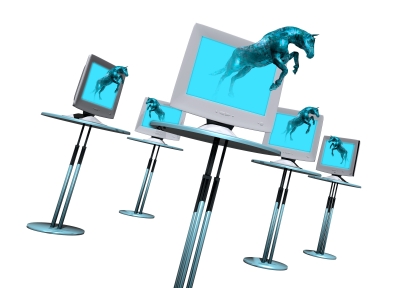 Trojan Horse is a malicious content or code that does not have the trait of replicating. There are so many variants of Trojans. Most of them are in the form of executable files. On execution of these files, depending on the level of the malicious code, it can create a an impact by establishing a data theft and any other mode of harming the system.

Why is it called a Trojan?

There is a tale of Greek mythology, where a wooden horse tricked the Greeks who defended the city of Troy during the Trojan war, so as the name Trojan Horse, this deploys its installation onto the computer and establishing its presence with so much importance to the user.

As it installs in your system, it incorporates a program called the keylogger. The purpose of the keyloggers is to track the entire activity of the user and further report the tracked activity log to the hacker.

The user might be carrying out a heavy transaction over the internet, while doing this your debit or your credit card number, login credentials like username and password are overlooked and passed on to the hacker.

Trojan horses are coded and developed in such a way that they maliciously attack and ruin the victim’s computer.

Personal data, most confidential data, financial information, business related information that are critical from the type and purpose of Trojan Horse attack.

It might never take a second thought to completely corrupt the entire data through a delicate touch on the victim’s operating system. This might cause a temporary malfunctioning or it might lead to a complete crash down of the system

Trojan horses are created to create a malicious impact on the targeted victim’s property.

The most deleterious form of Trojan horse is the Backdoor, which installs a remote level access program on the victim’s PC, and hence the name.

The remote level access provided by the backdoor helps the hacker to make any changes and also take entire control of the user’s system without the knowledge of the victim.

The intention of this type of hacking can be of any reason, it can be either for knowing about the financial data or personal information and sometimes harmful.

Trojan.Festalco – A new type of Trojan :

How does Trojan.Festalco enters the computer?

Comodo Internet Security is the best defense against threats like the Trojan Festalco. With its unique Default Deny strategy and auto sandboxing, Comodo Antivirus for Windows 8 ensures that no malicious program is allowed access to your system and file.s