Why Antivirus for Computer is Needed?

Unfortunately, following security best practices alone is not enough for combating today's sophisticated malware. These days, hackers employ so many different ways to attack your PC that employing several layers of anti malware protection is the only way to keep your PC malware-free. Therefore use Comodo Antivirus for Computer to safeguard your PC(s) – its best, its simple, and oh yes, its basic version is free!

Comodo Antivirus for Computer is the best because it....

Protects Your PC(s) Against Zero-Day Malware

Using containment technology, Comodo Antivirus successfully checks unknown or unidentified files and gives them access to your PC(s) only after they prove themselves to be harmless. This proves extremely beneficial for combating zero-day malware which is the cause behind most of the security threats today.

Successfully Resists Any Malicious Changes To Your PC(s)

Malware attacks usually perform some changes to your PC in one way or another. Using a combination of HIPS and VirusScope, Comodo Antivirus ensures these changes are not only successfully tracked or stopped, but provides PC users the capability to undo them as well. 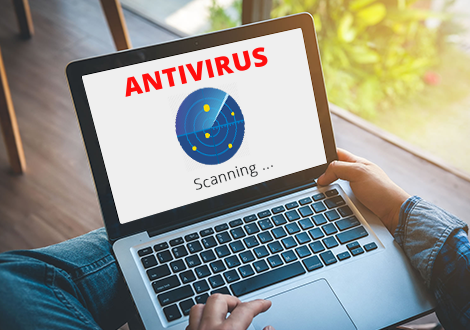 Unknown or unidentified files, which could well prove to be a malware, are analyzed within a matter of seconds using cloud-based malware analysis, and based on the report received, these files may or may not be given the access to your PC. Simply put, this means solid protection for your PC(s).

Cybersecurity threat landscape is changing pretty rapidly. We no longer live in an age where computer virus is the only security threat PC users are confronted with. Therefore to tackle these changing times and the various types of malware, you need Comodo Free Antivirus for Computer, which offers absolute protection for your PC(s).

Buy Comodo Antivirus For Computer and secure your PC(s) against different types of malware, including zero-day threats.

Why Comodo Antivirus for Computer?

Comodo antivirus, which makes use of Default Deny Approach, is the best free antivirus for computer in the security industry that protects your PC(s) effectively against the evolving malware with minimal fuss and maximum protection. It is one of those few antiviruses which offers top-notch security features like Containment, Auto-Sandboxing, HIPS, Viruscope (unique to Comodo) for free.