How the Best Virus Protection App for Android Can Improve your Smartphone?

Considering how more and more computer viruses are born almost every single day, it’s interesting how, still, a lot of people think phone virus cleaners aren’t necessary. After all, why do you need to pay for the best virus protection app for android if you can avoid malware with just comment sense, right? Not particularly. In fact, not too long ago, over 3 million malicious apps found their way to Android’s Play Store. As the figures continue to increase, how far can common sense truly take us?

Reports say that Google has now removed a few hundred apps off of Play Store, as they’ve proven to be adware-infested. If there’s anything this has taught us, it’s that Google’s Play Protect program isn’t as accurate as we’d hope it would be yet. If you intend to protect your personal information and data to the best of your abilities, you’re going to want to get the best virus protection app for android, if not the best free antivirus for android phones. 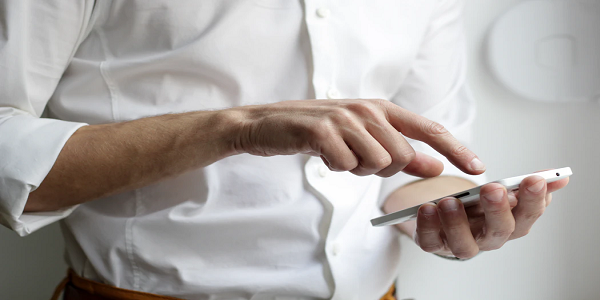 What you get from the best virus protection app for android

Anti-theft protection, for instance, is a good example. Compared to Play Protect, the best virus protection app for Android mostly utilizes remote locking, remote wiping, and distant locating, with a few even adding remote access via text messaging. Web protection is another example. Although Chrome provides some level of security against fraudulent links, malicious websites, and similar internet threats, premium phone virus cleaners extend helpful layers of protection. On top of anti-adware security and anti-phishing, the best virus protection app for android also includes wifi security that helps assess the safety of a wifi network before connecting to it.

Once malware-infected apps were found on Android’s Play Store multiple times, Google decided it was time to launch Play Protect, a program designed to keep information and personal data safe. One can say that this security suite is a fusion of the Find My Phone application and a phone virus cleaner. Under Play Protect, Google ensures that thieves and cybercriminals don’t have access to your data.

Still, it’s interesting how many reports still talk about how there are still apps that house viruses designed to hamper your identity and virtual safety. With that being said, Play Store’s very own best virus protection app for android might not actually be the best after all.

A concern many users continually complain about is how Android phones function much slower when they install a phone virus cleaner. Because these antivirus apps run on the background, it isn’t surprising how and why many of them actually do cause a significant amount of delay on a smartphone. The much more dated antivirus apps call for higher amounts of resources, directly reducing a phone’s battery quality and its performance.

However, quick research will tell you that you’re unlikely to experience the same with newer antivirus apps. The best virus protection app for android should be able to demonstrate minimal battery usage despite running in the background.

Should I get the best free antivirus for android phones instead?

There are many reasons people resort to their versions of the best free antivirus for android phones. The first one, being that they don’t cost a dime. While many newer phone virus cleaners don’t ask you to pay anything, it’s worth noting that many of these apps demand you to surrender valuable information. Although these apps aren’t directly designed to sell your identity, your data could be used as information handed over to marketing surveys and target marketing campaigns. Surprisingly, reports also say that many of the “best free antivirus for android phones” actually cause the decline of a smartphone. And because they’re free, you can’t really demand that they perform with utmost speed and efficiency.

Another prime difference between the best virus protection app for android and the best free antivirus for android phones is how quickly they perform. Paid apps usually scan your phone automatically without you having to run it. Antivirus apps that charge a minimal fee also make sure they don’t interrupt regular phone activity while they assess your device for viruses and malware. The “best free antivirus for android phones,” on the other hand, isn’t always automatic and requires that you manually run it.