Malware vs Viruses: What Is the Difference Between Malware and a Virus?

Understanding the difference between malware and viruses is very important. A virus is just one type of malware, but the term is more widely used by the public. The term malware refers to any malicious software, including a computer virus. For example, between 2000 and 2005, spyware and adware emerged as types of malware that protection systems had to deal with.

Malware is infecting computers and mobile devices at an increasingly greater pace. 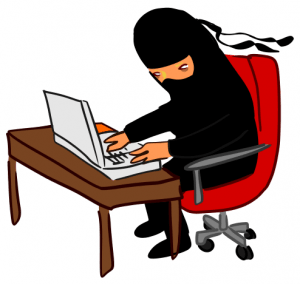 What is a Malware?

Malware is software written specifically to harm and infect the host system. Malware includes viruses along with other types of software such as trojan horses, worms, spyware, and adware. Advanced malware such as ransomware are used to commit financial fraud and extort money from computer users.

Virus: As discussed, Virus is a specific type of malware by itself. It is a contagious piece of code that infects the other software on the host system and spreads itself once it is run. It is mostly known to spread when software is shared between computers. This acts more like a parasite.

Adware Definition: Adware is also known as advertising-supported software. It is software which renders advertisements for the purpose of generating revenue for its author. The advertisements are published on the screen presented to the user at the time of installation. Adware is programmed to examine which Internet sites, the user visits frequently and to present and feature related advertisements. Not all adware has malicious intent, but it becomes a problem anyway because it harms computer performance and can be annoying.

Spyware: This type of malicious software, spies on you, tracks your internet activities. It helps the hacker in gathering information about the victim’s system, without the consent of the victim. This spyware’s presence is typically hidden from the host and it is very difficult to detect. Some spyware like keyloggers may be installed intentionally in an organization to monitor activities of employees.

Worms: This type of malware will replicate itself and destroys information and files saved on the host PC. It works to eat up all the system operating files and data files on a drive.

Trojan:  Trojans are a type of virus that are designed to make a user think they are a safe program and run them. They may be programmed to steal personal and financial information, and later take over the resources of the host computer’s system files.  In large systems, it may attempt to make a host system or network resource unavailable to those attempting to reach it. Example: you business network becoming unavailable.

Ransomware: Ransomware is an advanced type of malware that restricts access to the computer system until the user pays a fee.  Your screen might show a pop-up warning that your have been locked out of your computer and that you can access only after paying the cybercriminal. The cybercriminal demands a ransom to be paid in order for the restriction to be removed. The infamous Cryptolocker is one type of ransomware.

It is very difficult to live without computers or mobile devices and we have come to depend on them for many activities – communication, online purchases, and payments, etc.., In order to protect our devices and data against the different types of malware mentioned above, an effective anti-malware solution is required. It is widely proven that free antiviruses are not as effective as their competitors. So why bother with a free antivirus or an expensive paid one, when Comodo Antivirus solution stands apart and provides security as effective as paid products?

How to Protect your Computer?

The World's Only
Complete Antivirus for
$17.99/yr

The World's Only
Complete Antivirus
for $17.99/yr