What is Antivirus and Its Benefits?

Being a careful computer user is not enough to protect one’s computer and whatever information is stored in it. The idea that being extra careful would render one safe from attack from malicious computer programs is merely a myth. In an age where even big organizations suffer from data breach, lose customers, and lose their business, antiviruses are needed much more than ever. But what is antivirus? 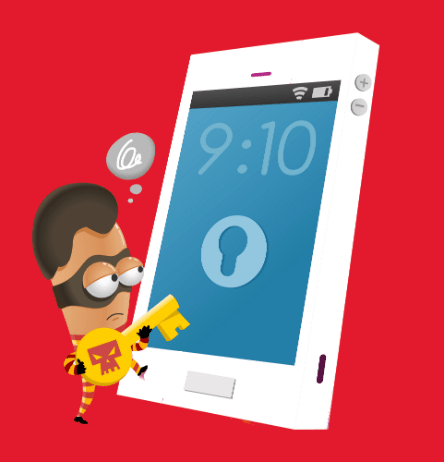 Antivirus software is designed to protect computers from viruses, Trojans, bots, rootkits, worms, and other malicious programs that can damage the device or put the user’s security and privacy at risk. Without it, the user might unknowingly download a virus or malware that will wreak havoc to their computer and leak information to the wrong people. This is a short glimpse into the answer to the question “what is antivirus?”

What is the antivirus software that is best for a user? There are several antivirus programs that differ in terms of the level of protection that they provide. The best ones would be those that offer comprehensive protection like Comodo Internet Security. It has features such as antivirus, anti-rootkit, anti-spyware, bot protection, anti-malware, containerization of unknown files, and human analysis, among others.

What are Its Benefits?

Aside from finding the answer to the question “what is antivirus?”, users are also curious about what its benefits are. Knowing these benefits might help one convince to invest in an antivirus program.

This is the primary function of an antivirus program. It is difficult to respond to the question “what is antivirus?” without mentioning this as one of its many benefits. The program protects the computer from viruses, malware, spyware, and other unknown threats and eliminating them before these malicious programs can harm the device’s system. An effective antivirus would have developed a list of good and bad files to help distinguish a program as to whether it is harmful or not.

What is antivirus going to do to protect a computer? One of the answers would be that it protects computers from phishing attacks. These attacks are comprised of unauthorized attempts by a third person to access a computer’s data to steal or infect it and render it unusable to the owner.

An antivirus is capable of quickly scanning any removable device connected to the computer to identify potential threats. With Comodo, for instance, it automatically puts unknown executables in a virtual container. The container allows the program to run for the computer owner to use, but it prevents the program from accessing the computer’s data and other resources.

With continuous access to the Internet, computer owners have to fight off numerous cyber threats. But a good antivirus can block them from accessing the computer.

Most of the spam ads and viruses infect computers through pop-up ads and other spam sites. These spam attacks aim to steal information from a user’s computer, compromising their privacy, or even causing substantial financial losses.

One can look for an antivirus program that can perform its job without slowing a computer down. What is antivirus going to do for the computer’s speed? It deletes unwanted folders and files from the computer, improving its performance speed.

Spyware attacks are designed to steal personal information from the computer. These can include banking data, social security numbers, passwords, credit card numbers, and other important data. Some sophisticated spyware can even run silently in the background, waiting for the computer user to buy something online and enter their credit card information to pay for it. The spyware records and use it as if it were their own, fostering identity theft. Antivirus blocks spyware from even touching the computer’s data, allowing for secure shopping and online banking.

It is more convenient to simply run the antivirus than having to waste time trying to locate it, delete it, and restore any data that it has damaged.

With an antivirus like Comodo, whitelisting happens after unknown files get uploaded to the cloud for analysis. Aside from using various techniques, such as DLL injection prevention, API hooking, and other indicators to analyze the file’s behavior, those that do not get a verdict get rent to human researchers for a closer look. This is part of the antivirus program’s guarantee to provide 100% verdict and deliver a virus-free warranty.

What is a Good Free Antivirus