1.Make a shortlist of apps which will actually work on your device

In order to do this, you’ll need to check which version of Android you’re using. The steps to do this will depend on your device. For the most part, however, it will be something like Settings>About Phone/About Tablet.

If you are using a version of Android which is older than Android 4.0 (Ice Cream Sandwich), then you are probably really going to struggle to get an Antivirus for  Android device. In fact, at this point in time, if you are using anything older than Android 6.0 (Marshmallow), then you might want to think about updating your device to ensure that you can continue to use the apps you need, including security apps.

When creating your shortlist, stick to apps from the Google Play store. A lot of the “free antivirus apps” on the internet are actually malicious software. The protection offered by Google isn’t perfect, but it’s definitely a whole lot better than trying to navigate your way through the cyberspace jungle without any help at all. 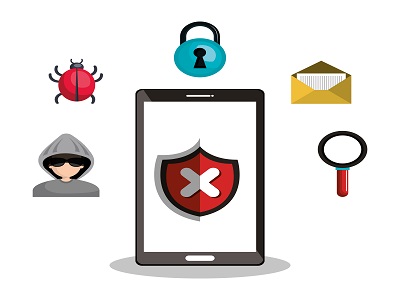 2.Check that the apps actually work on all malware and protect against USSD attacks

A virus is one, specific, form of malicious software. Its defining characteristic is that it self-replicates. In the computer world, they are still far and away the most common cyberthreat. In the Android world, however, they are a relatively minor issue. The real threats come from other forms of malware such as adware and spyware, as well as from USSD attacks.

It’s also worth noting that in the computer world, there is already a proven instance of a virus being triggered just through an advert being displayed on the screen. This was what happened as part of a malvertising attack targeting visitors to the Spotify website. On the one hand, this was massively unusual. On the other hand, malware is getting more sophisticated (and dangerous) all the time. This means that it is entirely within the bounds of possibility that these kinds of attacks will become more frequent.

Spyware is also exactly what its name suggests. Its danger is obvious, but what may be less obvious is that it is not only a danger to you, but also a potential danger to anyone whose contact details are in your Android device.

USSD attacks are basically attacks which exploit security weaknesses in cellular networks rather than in the mobile device’s operating system. The networks are working to resolve these, but it is expected to be a lengthy process and it may never be truly complete.

3.Check that it protects calls and texts too

Rather like adware, spam calls and texts are, for the most part, just an inconvenience. The problem is that the more of them you receive, the more likely it is that some of them will be from fraudsters. As before, the more fraudulent calls and texts you receive, the more likely it is that you will fall victim to one of them. It is dangerous to think that you are “too savvy” to be caught out by this. We all lead busy lives and one slip-up is all it takes. It could even be an accidental slip-up such as clicking on a link in a text, when you meant to select the text to delete it.

4.Check the brand behind it

Leave other people to try out new security brands. It will be their data at risk if it all goes horribly wrong. Stick to the brands which have proven themselves reliable. For example, Comodo has been one of the leading names in cybersecurity for over 20 years. You can head to this page right now to download our antivirus for Android mobile devices.